You are here:
News & Updates 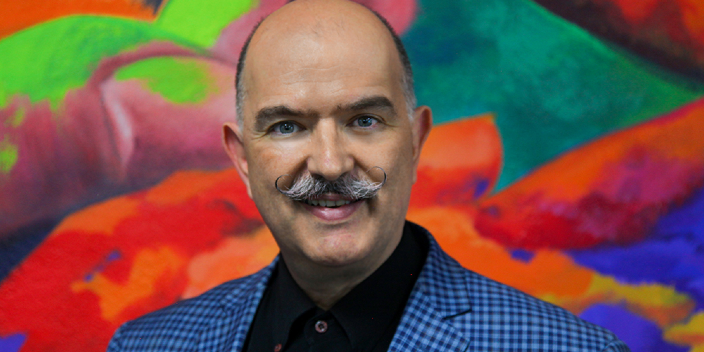 Peter Mousaferiadis, CEO, Cultural Infusion, delivered a keynote speech on “The Role of Culture in Building a Secure and Peaceful World” at the International Symposium on Security and Peace (ISSP) on November 30th, 2021, jointly held by the Center for Peace and Violence Prevention and the University of Port Harcourt.

Peter Mousaferiadis has spent over three decades working in the cultural & creative industries. In 2002, he founded the internationally recognized organization Cultural Infusion, which builds global harmony through intercultural action within education, ICT & the arts.

Peter has had a career that spans conducting and directing and producing large-scale international and intercultural productions for a range of clients including Parliament of World Religions, United Nations, and directed 9 Australia Day Concerts. He is a winner of numerous international awards in interculturalism including the United Nations Alliance of Civilizations Intercultural Innovation Award as well as producing the winning slogan “Diversified We Grow” for their “Do One Thing for Diversity” campaign. Peter is regularly called upon as a thought leader of culture as a driver of peace.

In 2002, Peter founded Cultural Infusion to foster an appreciation of cultural diversity throughout Australia and the world. Cultural Infusion’s education program “Discovering Diversity” is delivered to more than 350,000 students annually. By harnessing the power of art, education, technology, and multimedia, Cultural Infusion regularly delivers creative services, events, workshops, training courses, consulting services and has produced a range of digital acclaimed resources. In 2013, Sound Infusion which helps to discover diversity through the creation of music was a winner of the United Nations Alliance of Civilization Intercultural Innovation Award.

In 2019, following 5 years of research and development, Peter launched Diversity Atlas a world-first data analytics tool able to provide comprehensive insights into the extent and type of cultural and demographic dimensions of diversity. Diversity Atlas is now being used by think tanks and a range of multinationals to map their global workforce.

Peter is the Chair of the Lahore International Conference on Culture, a Global Trustee of United Religions Initiative, a Salzburg Global Fellow, and admitted to the Asia Peace Innovators Forum. In 2017, Peter was issued the Peace Ambassador Award from the Center of Peace Studies (Sri Lanka).

In 2021, Peter was awarded at the Tokyo Paralympic Games the Global Business & Interfaith Peace Award Silver Medal from the Religious Freedom and Business Foundation and the United Nations Global Compact’s Business for Peace Initiative. The award recognizes individuals for their contributions to peaceful and inclusive societies.